The history of Fraser Island is as diverse and colourful as its flora and fauna. Whilst the island has been inhabited by humans for possibly as long as 5000 years, it's European history begins in 1770 when explorer Captain James Cook sailed past the island on the 20th May of that year.

Cook first believed the island was part of the mainland, and named it Great Sandy Peninsula. Three decades later Matthew Flinders was the first white man to set foot upon Fraser, landing on the northern point (Sandy Cape) in 1802.

Local Aborigines were sighted and reported by Cook in his logs in 1770, and Aboriginal legends also report sighting Cook’s ship sailing towards a “dangerous sand shoal”.  The Aborigines, standing in a group on the beach, shouted and waved warnings to the ship, which saw the shoal at the last moment and changed course quickly, to then disappear “into the sea” and over the horizon.

The first “official” exploration of the Island occurred 20 years later in 1822, when Captain William Edwardson was sent north by the Governor of NSW to search for a site for a new penal colony. Edwardson soon discovered that the peninsula referred to by Cook and Flinders was, in fact, an island, and renamed it Great Sandy Island. He was in the Hervey Bay / Moreton Bay region for three months, but was deterred by the “hostile natives” from exploring Fraser Island to any great degree. The new penal colony was eventually settled in Moreton Bay and formed the beginnings of what was to become Brisbane.

Perhaps the most interesting story begins on the 20th May 1836, exactly 66 years after Cook discovered “Great Sandy Peninsula”. On this day the 350 ton brig Stirling Castle sailed past the island on a voyage from Sydney to Singapore. On board was Captain James Fraser, his wife Eliza and a crew of 16. The unlucky Captain Fraser was said to have spent more time in lifeboats than onboard the vessels he commanded.  A written account suggests “Fraser was a pompous, fat old bore of about sixty, much in demand by shipowners who had managed to over-insure their vessels. He had the reputation of a man who could succeed in sailing any ship to its destruction in a cloudless sky and in total absence of reef, shoal or iceberg!”.

Sure enough, on 22nd May 1836, Captain Fraser sailed the Stirling Castle straight onto a reef in the Swains Reef group, approx 220km north of Fraser Island (now known as Eliza Reef). The Captain and crew stayed aboard the wreck until the following day, when waves breaking over the vessel threatened to break her up, and it was decided to abandon ship. Eleven crew escaped in the longboat and seven others in the pinnace, and they proceeded to sail for nine days south before landing on Lady Musgrave Island to repair their leaking boats.

After another nine days of sailing south, the crew in the pinnace (at this stage on unpleasant terms with their Captain), discovered they could sail faster than the longboat, and decided to part company with the Captain and others. The Captain disapproved vehemently, but at this stage was not well respected by his crew, and the two boats went their separate ways.

The Captain’s plan was to head to the settlement at Moreton Bay. After a few more days at sea, however, there was smoke sighted ashore, and the remaining crew became mutinous. They threatened to throw the good Captain overboard if he did not agree to put in to shore! They beached about 30km south of Sandy Cape on “Great Sandy Island” (three weeks after leaving the wreck of their ship!). “Natives” came down in crowds as they landed, and whilst at first they were held at bay by firearms, eventually exchanged food and fish for clothing.

The Captain and Second Mate set about repairing the badly leaking longboat, with the other seamen refusing to lend a hand. When the Captain considered the boat again seaworthy and was ready to head south again to Moreton Bay, the crew refused to help launch the boat and informed the Captain they would walk to Moreton Bay!

Captain Fraser, his wife Eliza and the Second Mate Baxter were left behind, and unable to launch the longboat on their own.  They set off south along the beach on foot, taking with them all the supplies they could carry.

From this point on the narrative becomes confusing, as the lone survivor, Eliza Fraser, changed and embellished her story many times over the ensuing years. It is assumed her first account is likely to be the most accurate: “The next day we met with numerous tribes of natives, who finding us unarmed, took everything from us with the exception of our clothes, beating us severely at the least resistance”.

After walking for another 2 days “without food or water”, they came upon another tribe who stripped them naked and forced them to their camp. They were then “enslaved” to “carry wood, water, and bark, and treated with the greatest cruelty”.

Captain Fraser, not the fittest to begin with, soon became weakened and incapacitated. Unable to lift a large log he was instructed to carry, he was speared by one of the natives, the spear entering just below his shoulder blade. He died about 8 days later (approx 4th August) and was buried by the tribe. (The Second Mate also died at the hands of his captors, after being “burned and tortured” by the natives for not being able to “carry wood”.)

A few days later (according to Eliza), one of the natives (who may have been an escaped convict – David Bracewell) rowed her to the mainland in a canoe and aided her escape. Meanwhile, the rest of the crew that had parted ways upon the high seas had reached safety on Bribie Island, and a search party was launched for Captain Fraser, his wife and the rest of his crew.

After being passed through another two tribes on the mainland, Eliza was eventually rescued. Lieutenant Otter, leading the rescue party wrote : “Although only 38 years of age she looked like an old woman of 70, perfectly black and dreadfully crippled from the suffering she had undergone.”

Initially, Eliza enjoyed much sympathy. This began to wane, however, when her accounts of the ordeal became more and more random, and increasingly embellished. After her return to England she became a minor media celebrity, and her story grew even wilder. In one account she claimed she had given birth to a child during her ordeal just after leaving the wreck – it had died and been consigned to the deep! Controversy followed when she approached the Mayor of London to request a charity be set up for her and her 3 children (not mentioning the fact she had secretly married another sea Captain in Sydney within 6 months of being rescued before heading back to England on his boat).

There is no record of when the island officially became known as “Fraser Island”, but there is no doubt that the first mentions of the island as "Fraser" were in the British press, being named after the “ordeals” of Eliza and her husband.  Eliza became a sideshow attraction in Hyde Park in London, telling ever more exciting versions of her story to anyone who would listen. She was killed in a carriage accident in Melbourne in 1858 during a subsequent visit to Australia.

Throughout it's long history, the island has been called Fraser Island for only a brief and recent span of time. For thousands of years previous to this, the traditional landowners had their own name for the island - “K’gari”, pronounced “Gurri” in the Butchulla people's language. There is currently debate calling for the name of the island to be changed back to it's original and traditional name - K'gari. The Aboriginal stories and legends about the creation of the island are beautiful and timeless, and I will share these in part two of this blog post.

Acknowledgement : For a full history of Fraser Island, Fred William’s “Princess K’Gari’s Fraser Island” is the best book I have read!

Copyright: no portion, in whole or part should be reproduced from this article without the express permission of the author and without being properly acknowledged. (c)

By Emeraldene Inn on March 15, 2013
(Updated 2019) Fraser Island is an amazing World Heritage listed destination, and a “must-see” on any Australian east coast itinerary. At 125km long and 25km wide, the island is the biggest  sand island in the world, with almost the entire 1840km2 a protected National Park. The island is a nature lovers wonderland, with pristine freshwater […]
Read more

By Emeraldene Inn on July 31, 2012
This year the Hervey Bay Whale Festival runs the full month of August, with great activities for visitors and families every weekend during the month. Every Friday there will be free family-friendly outdoor movies in Scarness Park, with whale themed films on the agenda for August! (6:15pm every Friday) This Saturday (4th August) the blessing of […]
Read more 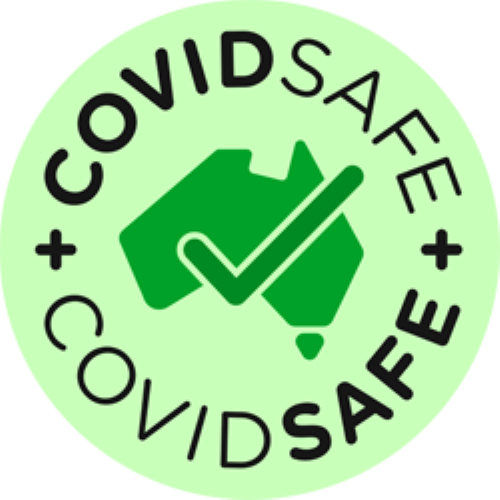